Who wrote it’s definitely you BTS? 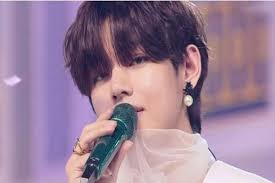 Following Han Dong Geun’s “Wherever You Are,” BTS ‘s V, as well as Jin, would be in charge of the second OST for “Hwarang.”

A spokesman for “Hwarang” confirmed the news, adding that “Even if I die, it’s you” (working title) would be published as the second OST of KBS 2TV’s upcoming Monday-Tuesday drama “Hwarang” at midnight on December 19.

Oh Jun Sung, the drama’s musical director, wrote “Even if I die, it’s you,” which would be the theme song for the Hwarang, a group of privileged kids. The cheerful groove of the medium-pop song will represent the protagonists’ enthusiasm, and the lyrics will offer bold and young love confessions that are likely to captivate viewers’ hearts.

BTS’s V and Jin deliver innovative vocal performances at the end of the song.

Through “Hwarang,” V would also make his acting debut. Putting his stage name aside, Kim Taehyung (V) has joined the drama as Han Sung, the group’s adorable and charming youngest member. Jin has decided to appear with V inside the new OST as a sign of solidarity for his fellow BTS member.

The complete version of V and Jin’s OST “Even if I die, it’s you” will be made available at midnight on December 19 on various online music sites, and a fragment of the song was previously featured in a promo for the drama.

V and Jin of BTS perform the song “It’s Definitely You” (also known as “Even If I Die, It’s You”). It was published on December 19, 2016, as the opening tune from the “Hwarang OST Part.2” digital single album.