Bollywood Society » After Gehraiyaan, Ananya Panday yearns for a “feeling of neutrality” and seeks for honest roles
Bollywood

After Gehraiyaan, Ananya Panday yearns for a “feeling of neutrality” and seeks for honest roles 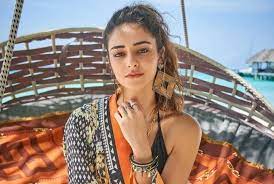 Ananya Panday is a young actress who has a bright future ahead of her. She was recently seen in Gehraiyaan, a film in which her acting was praised and adored by many. Well, the actress has a slew of interesting projects in the works, and we’re sure her admirers can’t wait to see her strut her stuff on the big screen. In a recent interview with Cosmo India, Ananya discussed a variety of topics, including her eagerness to return to work following the shutdown, her preference for honest characters, and more.

Ananya Panday said during the lockdown that she couldn’t wait to come back to work, so where is she now? The actress stated that she is more enthused than she has ever been. She explained that since the release of the Gehraiyaan teaser last year, there have been so many talks, views, and enthusiasm surrounding the film and their performances that she wants to be absolutely blank before beginning work on her next project. Ananya joked that she needs a feeling of impartiality and wants to think about what others thought of her performance as well as what she thinks of her own work.

Ananya said that she is seeking for more honest characters of any kind when asked if she is leaning towards more deep roles after appearing in Gehraiyaan. She is looking for honesty in the tale and its message, as well as what the directors and authors are attempting to communicate.

Women in movies are either represented as the b***h or the bechari, according to Ananya Panday. The Gehraiyaan actor elaborated on this point, saying that even if artists and performers believe they are doing something new, they may still be placing women in a box. She continued by stating that today is a fantastic moment to be an actor because people are willing to take a risk and invest in women and their stories.

Also Read: On having female role models, Ananya Panday says, “I’ve been lucky to have grown up around professional women.”

Rhea Chakraborty’s thoughts on returning to work: I’m hoping for a quick resolution