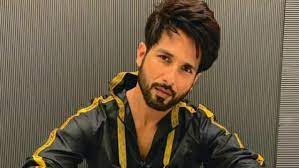 Shahid Kapoor explains why he’s making his digital debut with Raj Nidimoru and Krishna DK’s programme, The Family Man. Shahid Kapoor is without a doubt one of the most versatile performers working today. The actor has often demonstrated his outstanding acting abilities by delivering powerful performances. Kabir Singh, his most recent film, was a box office hit, breaking several records. Shahid said that he will make his OTT debut with The Family Man’s director team Raj Nidimoru and Krishna DK’s new programme, following the success of Kabir Singh.

With the new unnamed drama-thriller series, Shahid is quite enthusiastic to try his hand in the digital media. The Jab We Met actor explained why he chose to make his debut in a digital medium in a recent interview with Etimes. “Look, the challenge is not the only reason you make a decision,” he remarked, explaining the situation. Many things influence a person’s career, and the decision-maker is the only one who understands why he is making a decision. He’s in the finest position to do so. As a result, he must bear responsibility for whatever occurs, good or bad. That is something I have learnt throughout my life. I listen to everyone and act on my feelings rather than my desires.”

He went on to say that as an actor, one should constantly aim to give the audience something unique. Shahid stated that he intended to explore a different type of material by sticking with a character for eighteen episodes.

“I’ve been making films for 18-19 years, and the one thing I’m terrified of is that I’ll become bored and start treating it like a regular job.” “I enjoy doing something different from what I typically do,” the actor continued.

Shahid is presently preparing for the release of Jersey, his forthcoming sports drama that was delayed owing to Omicron. The film, directed by Gowtam Tinnanuri, will now be released on April 14th, 2022.

For the first time, Shabana Azmi collaborates with R Balki