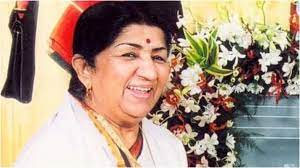 Lata Mangeshkar, the iconic singer, died on Sunday morning in Mumbai’s Breach Candy hospital, prompting a flood of heartfelt condolences. Lata Mangeshkar died from multiple organ failure, according to doctor Pratit Samdani, who was treating her. The news of her terrible death has sent shockwaves throughout the country. Bollywood celebs, too, are in astonishment and have conveyed their condolences on social media. Many celebrities, including Akshay Kumar, Karan Johar, Ajay Devgn, Anil Kapoor, AR Rehman, and Boney Kapoor, paid homage to India’s Nightingale.

What’s more, how can one forget a voice like that?

My heartfelt sympathies and prayers go out to Lata Mangeshkar ji on her demise. Om Shanti,” says the speaker. “Heartbroken, yet privileged to have known & loved this beautiful spirit…,” Anil Kapoor wrote in a statement. Lataji has a special place in our hearts that no one else can fill. That is how profoundly her music has influenced our lives. May she rest in peace and shine brightly in the sky.”

“It is with great regret that we announce the tragic loss of Lata Mangeshkar at 8:12 AM,” Mumbai’s Breach Candy Hospital said in a statement. She died of multi-organ failure after spending more than 28 days in the hospital following COVID19.” Lata Mangeshkar’s remains will be brought to Shivaji Park to be honoured by her admirers and well-wishers.

Also Read: India will have a two-day mourning period in honour of Lata Mangeshkar