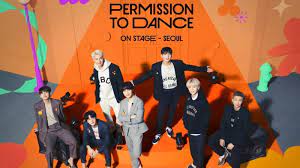 BTS’s ‘BTS PERMISSION TO DANCE ON STAGE – SEOUL’ will be released on March 10, 12, and 13. The performance will be broadcast live online and will take place in the Seoul Olympic Stadium in front of a live crowd.

‘BTS PERMISSION TO DANCE ON STAGE – SEOUL’ is the band’s first live performance in Korea in over two and a half years, following their BTS WORLD TOUR ‘LOVE YOURSELF: SPEAK YOURSELF’ [THE FINAL] in October 2019.

On March 10 and 13, an internet live feed will be accessible. The concert will be aired live in theatres throughout the world on March 12 as part of the ‘Live Viewing’ event.

On Oct. 24, 2021, BTS kicked off their Permission to Dance On Stage concert series with an internet concert. The septet then carried the concert to SoFi Stadium in Los Angeles, where it played four sold-out shows.

Megan Thee Stallion performed “Butter” as a surprise guest on the second night of Permission to Dance On Stage – LA. Coldplay’s Chris Martin performed “My Universe” with BTS on the last night of the concert series.

BTS has become the first artist or band to sell out four nights at SoFi Stadium with LA. BTS also broke the record of most tickets ever sold there at the stadium by a band or artist.

Fans may anticipate Jin, Suga, J-Hope, RM, Jimin, V, and Jungkook to release a new album in 2022, in addition to doing performances in Seoul. In a statement, Big Hit Music stated that the band will release an album in December 2021.