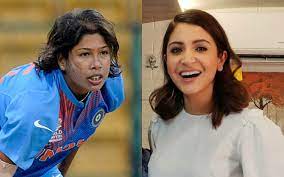 The comeback of Anushka Sharma to the big screen in 2022 is one of the most eagerly anticipated events in Hindi film. She has revealed her next project, Chakda Xpress, which is inspired by the lives and times of India’s most decorated female fast bowler, Jhulan Goswami. According to sources, she has already begun preparing for the role!

“If you closely follow Anushka’s social media, you will see that she is constantly putting up content related to working out. So, just to let the cat out of the bag, she has started prepping to play Jhulan on screen. She plays a cricketer in the film and while Anushka has always been one of the fittest actresses in Indian cinema, she will need to tailor-make her workout to achieve the kind of body and fitness level she needs to play Jhulan effectively,” informs a trade source.

“Anushka Sharma has given us memorable female protagonists in Indian cinema. Her magnificent body of work shows how she has given audiences some of the most incredible leading ladies in Indian cinema in films like Sultan, NH10, Band Baaja Baaraat, Pari, Phillauri, PK, to name a few. She is also known to transform herself for films and Jhulan is a film that will give us a chance to see a vintage Anushka performance. Anushka doing a film on women’s cricket is exciting from the very onset and the fact that the makers are trying to make it the biggest sports film inspired by a female sporting icon in scale and canvas makes things all the more exciting!” informs the source.

Chakda Xpress, a massively popular Netflix film, follows Jhulan, one of the fastest female pacers in international cricket history, as she rises through the ranks over several obstacles created by patriarchal politicians to achieve her single goal: to play cricket. Clean Slate Filmz is putting up Chakda Xpress.