Dhanush has signed up for two big-budget Bollywood films 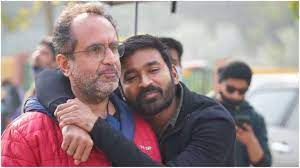 Dhanush always has been a fan favourite, and so now, with the success of Atrangi Re, he has proven that he is the flavour of the year. Everyone in the business is applauding and talking regarding Aanand L Rai following his dream directorial effort.

With his association with great author Aanand L Rai, Dhanush has rattled the Indian movie scene and caused a stir inside the industry before. Previously, the formidable combination provided the smash single Raanjhanaa, which broke many records. Here we have some exciting news from the actor’s side.

According to a source, “Dhanush and Aanand L Rai have fantastic chemistry. The dynamic actor-director pair is working for such an action love tale produced by Aanand L Rai’s own banner Colour Yellow, following two huge triumphs.”

The actor got the part right after Atrangi Re, which says much about his performance in the movie. Dhanush, who is Aanand L Rai’s favourite muse, would play a full-fledged commercial persona in their future film.

But wait, there’s more! The insider went on to say, “Dhanush has also struck a deal to star in another big-budget Bollywood movie with a well-known production firm. The industry’s bigwigs are lined up to sign the actor on, thanks to the huge accolades he received for Atrangi Re.” We’re excited to see what Dhanush has in store for his two big-budget Hindi dramas after Atrangi Re.

Cardi B has won a slander case against YouTuber Tasha K for $1.25 million