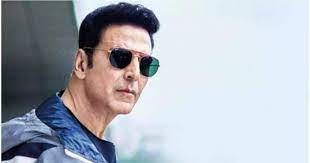 While Bollywood star Akshay Kumar is spending time with families, he is still making news. The actor is said to have just acquired a magnificent property in Mumbai’s Khar West district as well as paid a high price for it.

According to some accounts, the flat is 1878 square feet in size. It is located on the 19th floor of Joy Legend, a Joy Builder skyscraper in Khar West. There are four parking places available. What’s more, the star spent a hefty Rs. 7.8 crore for the flat. On January 7, 2022, it was registered.

According to the latest rumours, Akshay Kumar leased his Andheri West office in December 2021 for Rs. 9 crores. Meanwhile, Akshay as well as Twinkle Khanna, together with their two children, reside inside a sea-facing duplex in Juhu.

Akshay Kumar is indeed the busiest performer in Bollywood right now. The actor, that was most recently seen in Atrangi Re alongside Sara Ali Khan and Dhanush, has Prithviraj and Manushi Chhillar on the way. The actor, who is known as that of the industry’s Khiladi Kumar, has Bachchan Pandey lined up with Kriti Sanon and Jacqueline Fernandez. That’s not all, though.

Also Read: Akshay Kumar has refused to star in the Hindi version of Viswasam