Bollywood Society » As she shoots for Sujoy Ghosh’s film, Kareena Kapoor Khan shares a photo of a priceless treasure in Kalimpong
Bollywood 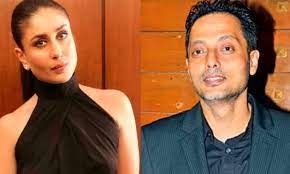 Kareena Kapoor Khan maintains a social media presence. Fans keep coming back for more of the actress’s updates, images, and videos from her personal and professional lives on Instagram. Netizens adore her openness and are ready to respond to her postings as soon as they appear on Instagram. Following suit, Kareena turned to Instagram a few moments ago to offer a peek of her prized purchase in Kalimpong, where she is presently filming for Sujoy Ghosh’s film.

Kareena took to Instagram’s story feature a while back and shared a photo of her find in Kalimpong. Can you figure it out? Kareena is a serious eater, and her most recent discovery is the “greatest tiramisu.” Yes! The Laal Singh Chaddha actress captioned a photo of a large serving of tiramisu, “Travelled the world only to find the best tiramisu in Kalimpong (heart eye emojis)”.

Kareena Kapoor Khan is slated to make her digital debut in Sujoy Ghosh’s next film, in which she will star with Jaideep Ahlawat and Vijay Varma. The Devotion of Suspect X is a cinematic version of a novel by Japanese author Keigo Higashino.

The movie recently got into production, and Kareena posted a few photos to her Instagram account. In one of the photos, she can be seen pouting with Jaideep while holding the unnamed movie’s clapboard.

Meanwhile, she’ll be featured in the next Aamir Khan film Laal Singh Chaddha. The Hindi version of the Hollywood classic Forrest Gump, starring Tom Hanks, is directed by Advait Chandan. The film will be released in theatres on August 11th, after a long delay owing to the epidemic.

Also Read: In a recent picture, Kareena Kapoor Khan shows off her ‘lazy lamhe’; have a look

After claiming she couldn’t do Koffee with Karan Johar again, Twinkle Khanna enjoys meals with him