Bollywood Society » Anushka Sharma EXPLAINS how her pregnancy caused Chakda ‘Xpress to be delayed: I felt quite anxious
Gossip 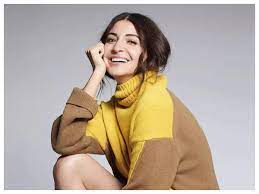 Anushka Sharma is all set to make a comeback, and what a comeback it will be! Since Anushka announced her return to film, all eyes have been on her. In the film Chakda ‘Xpress, she will play Indian cricketer Jhulan Goswami. She is now preparing for the debut of her forthcoming Netflix sports drama film. This is the first time the Rab Ne Bana Di Jodi actress has appeared in a film since 2018. Anushka recently discussed why Chakda ‘Xpress was postponed in an interview.

Anushka revealed her Chakda ‘Xpress journey in an interview with Harper’s Bazaar. She indicated that she was involved in the film’s conception. She stated that she was expected to start working on it sooner, but the film was delayed due to the pandemic and her pregnancy. She said, “When I finally began working on it, I was really nervous because I had just had a baby so I wasn’t as strong as before. And I hadn’t trained for 18 months, so I wasn’t in the best physical condition—earlier, I would have really pushed myself to do different exercises in the gym.”

Anushka stated that an inner voice kept encouraging her to execute the project even though she wasn’t sure if she should. She made it clear that this was the type of work she intended to do. “I’ll always be open to doing projects that are interesting and content-forward,” she said.

Anushka announced Chakda ‘Xpress with a teaser earlier this year. Anushka included a kind message with the package. She stated, “It is a really special film because it is essentially a story of tremendous sacrifice. Chakda Xpress is inspired by the life and times of former Indian captain Jhulan Goswami and it will be an eye-opener into the world of women’s cricket.”

Also Read: As she relaxes on her couch, Anushka Sharma looks stunning in black

Kiara Advani, who plays Reet in Bhool Bhulaiyaa 2, misses Kartik Aaryan, who is promoting the film