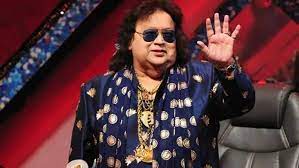 Bappi Lahiri, a music composer and performer best known for his disco music in the Indian music business throughout the 1980s and 1990s, died on February 16 at Mumbai’s CritiCare Hospital. He was 69 years old and had a number of health problems.

According to an official statement from the hospital, “Bappi Lahiri was suffering from OSA- Obstructive Sleep Apnea and recurrent chest infection. He was treated by Dr Deepak Namjoshi. He was hospitalised in Criticare Hospital, Juhu for 29 days with this. He recovered well and was discharged home on 15 February. However, after a day at home, his health again deteriorated and he was brought back to Criticare hospital Juhu in a critical state and succumbed to his illness at about 11.45 pm. He suffered from a Covid infection last year. He had OSA for the last 1 year. He was admitted on multiple occasions to Criticare Hospital under treatment of Dr Deepak Namjoshi and recovered on all occasions.”

Following the arrival of his son Bappa Lahiri from Los Angeles, Bappi Lahiri’s final rites will be performed on Thursday, February 17. The statement from the family stated, “It’s a terribly painful moment for us. The cremation will happen on the arrival of Bappa From LA tomorrow mid-morning. For his soul, we are seeking love and blessings.”

Chitrani Lahiri, Bappa Lahiri, and Rema Lahiri are the only survivors of Bappi Lahiri.

‘Chalte Chalte,’ ‘Disco Dancer,’ and ‘Sharaabi’ were among of Bappi Lahiri’s most well-known tunes. In 2020, he recorded ‘Bhankas’ for Tiger Shroff and Shraddha Kapoor’s film Baaghi 3.

Also Read: Bappi Lahiri, a composer and vocalist, died at the age of 69