Bollywood Society » D.O. of EXO and Lee Se Hee are to feature in a new criminal K-drama
Web-Series

D.O. of EXO and Lee Se Hee are to feature in a new criminal K-drama 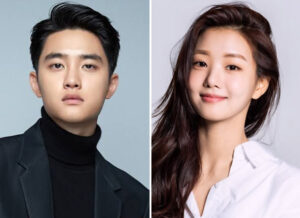 On February 14, the Korean tabloid Soompi announced that Lee Se Hee had gotten an offer to star in True Swordsmanship and was considering it favourably. The actress’s agency confirmed the storey was accurate in a statement.

The storey revolves around a prosecutor named Jin Jung, who is armed with grit and rogues who delivers unseemly justice to the weak and victims while also thrillingly destroying the prosecution organisation and all corruption in the Republic of Korea.

D.O., a member of the South Korean boy band EXO, was previously believed to have been given the lead role of Jin Jung in the drama. “D.O. received an offer to feature inside the upcoming drama ‘True Swordsmanship’ and therefore is enthusiastically examining it,” a source from his agency, SM Entertainment, said in reaction to the claims.

He is currently considering the part, however, if he accepts, he will be making his comeback to KBS after 7 years as an adversary in Remember You.

Lee Se Hee is best known for her part in the Korean television series Young Lady and Gentleman (2021–2022), about which she won the best new actress award at the KBS Drama Awards in 2021.

Also Read: Why do some of the members in BTS hate each other?