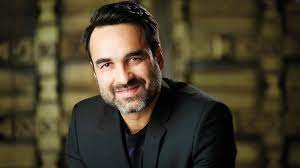 Pankaj Tripathi has begun filming for Srijit Mukherji’s next film, Sherdil, after completing off the much-anticipated sequel to OMG starring Akshay Kumar. The talented actor, who plays the protagonist inside the movie, is joined by outstanding performers such as Neeraj Kabi and Sayani Gupta. The filming of Sherdil, which was scheduled to begin in 2020, was postponed owing to the pandemic. Everyone on site is pumped now that the actors and crew have begun filming.

Pankaj says of his collaboration with Srijit Mukherji, “Srijit is a fabulous director. He needs no introduction. His work speaks for itself. When Sherdil was offered to me, I jumped on the idea. The story has a definite character in itself. It is a beautifully written script and I trust Srijit to bring each character to life convincingly. That’s his USP. “

We also spoke with the director, who stated ” Pankaj Tripathi is one of the finest actors in the country today. Having him onset is half the battle won. He is always excited to try new things and improvise when need be. He is a director’s delight.”

Sherdil, which is co-produced by Reliance Entertainment as well as T-Series, will be Pankaj’s second main role following the highly praised Kaagaz earlier this year. I’m curious to see how much work Pankaj is receiving now that I’ve witnessed his entire career arc. He is undoubtedly the busiest actor in the world right now, appearing in almost everything else movie. He recently appeared in Bunty Aur Babli 2, and his next films include ’83, Bachchan Pandey, and OMG 2. It’s strangely wonderful to see someone decent achieve what he deserves, and Pankaj’s accomplishment gives me that feeling.

The film is being co-produced by Reliance Entertainment and T-Series.

Split: All that you should know about this horror movie

Mr and Mrs Mahi is the title of...