Bollywood Society » Major, starring Adivi Sesh, has been postponed due to the COVID-19
Movies 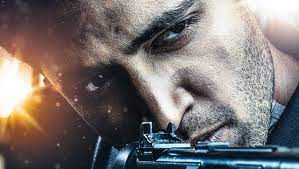 Due to the worsening of the COVID-19 scenario and curfew/limitations in most areas of the nation, actor Adivi Sesh’s debut Pan India feature Major, which was set for a cinema premiere on February 11, has been postponed. The news has been formally confirmed by the producers.

“The release of Major has been postponed due to the worsening of the covid situation and curfew/limitations in most sections of the nation.” We’ll announce a new release date as soon as possible. Please follow all Covid guidelines and be safe. “Our country will not be safe unless every one of us is protected,” the official statement adds.

The movie, directed by Sashi Kiran Tikka, was shot concurrently in Telugu, Hindi, and Malayalam, and it will be distributed in all three languages. The movie’s musical marketing began recently with the release of the first track, ‘Hrudayama.’ Nevertheless, it has been postponed for the time being.

Major, a multilingual movie that tells the unsung narrative of Major Sandeep Unnikrishnan, follows Major Sandeep’s odyssey from infancy, adolescence, and wonderful years inside the army towards the sad events of such Mumbai assault, when he was slain, touching on all parts of his being.

Also Read: What are the movie names in which Babita Kapoor has acted?