Bollywood Society » How much are MCU actor signatures worth?
Movies

How much are MCU actor signatures worth? 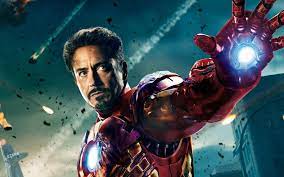 Signatures have grown into a multibillion-dollar business. In the past, seeing an A-list celebrity in person at an event or on the street was the only opportunity to receive a signature. The demand for autographs, but on the other hand, has risen to the point that paid signings have become an opportunity too profitable to pass up. Robert Downey Jr., Natalie Portman, and Taylor Swift are among the celebrities who have embraced the fad for personal financial gain or to help their favourite organisations. That means there are many more opportunities than before to get your favourite celebrity’s autograph, but several fans can’t afford it.

If you want to get an autograph from an A-list star, expect to spend at least $200.

Star Wars Autograph Universe has also arranged for Robert Downey Jr., who is a first-time signer. The cost of obtaining a Robert Downey Jr. signature is $700. Given that his portrayal of Iron Man was the catalyst for the creation of the Marvel Cinematic Universe, which is currently worth over $23 billion, $700 doesn’t seem excessive. The fact that the signing sold out demonstrated that it wasn’t expensive, since numerous fans queued up to pay the hefty fee. It’s also worth mentioning that RDJ didn’t retain the money; instead, he donated it to the Footprint Coalition, which supports environmental initiatives.

After the popularity of his Disney+ series Loki, Tom Hiddleston’s autograph is in high demand. Fans of Tom Hiddleston could have paid $345 for an autograph with his most recent signing through into the comic book grading business CGC. The autograph, as well as grading as well as encapsulation of each newly autographed comic, would have been included in this amount.

Official Pix established a deal with Steinfeld shortly after the premiere of the Disney+ series Hawkeye in late 2021. This allowed fans to receive an autograph from one of the Marvel Cinematic Universe’s newest recruits. Steinfeld’s autograph simply costs around $135 and $290, based on the scale of the object being signed.

Character name inscriptions were $75 extra, and customization (i.e. “To Your Name”) was $75 more. You’d have to spend $440 for a 27-by-40-inch poster signed by Steinfeld with customization and message.

Steinfeld also stated her intentions over what she would and would not sign. She was happy to autograph any Official Photos, Comics, Funko Pops, Posters, Memorabilia & Props from any of her productions, including Hawkeye, Spider-Man: Into the Spider-Verse, and Bumblebee.

Also Read: Can there be a Watchmen of fate in the MCU?

What is the order of timeline in all Marvel life?