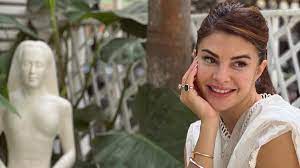 Jacqueline Fernandez has withdrawn her plea in the money laundering case, only days after requesting permission to leave overseas.

Since her name surfaced in the money laundering case, Jacqueline Fernandez has been making headlines. According to media sources, Jacqueline has been linked to conman Sukesh Chandrashekhar, who is presently serving a sentence for his role in a Rs 200 million money laundering case. According to recent reports, Jacqueline has filed a court petition asking for authorization to travel overseas for business reasons. However, according to a recent update, the Ram Setu actress has withdrawn her appeal.

Jacqueline had requested a 15-day exemption to attend the IIFA Awards in Dubai a week ago, as well as permission to go to France and Nepal for professional obligations. According to an ANI report, Jacqueline withdrew the appeal once the event’s dates were changed to June. The Jaane Kahan Se Aayi Hai actress is also said to have petitioned the Enforcement Directorate to return her Sri Lankan passport, but her plea was refused since officials said that if she received the passport, she would not return to India.

For the uninitiated, Jacqueline was previously barred from travelling overseas following the issuance of a watch circular. She was stopped at Mumbai International Airport last year as well.

However, on the job front, Jacqueline has a few exciting films in the works. The actress, who was last seen in John Abraham’s Attack Part 1, will next be featured in Ram Setu, a film starring Akshay Kumar and Nushratt Bharuccha that is set to debut on Diwali this year. On the other side, Jacqueline will be featured in Rohit Shetty’s forthcoming film Cirkus, where she will be seen for the first time with Ranveer Singh. The film also stars Pooja Hegde and is set to be released on Christmas Day this year.