Bollywood Society » At Katrina Kaif and Vicky Kaushal’s wedding, guests will not use phones?
Gossip

At Katrina Kaif and Vicky Kaushal’s wedding, guests will not use phones? 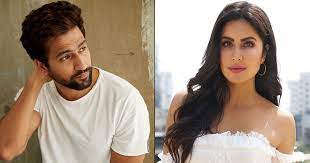 The couple has requested the event management company to make certain that no images or videos be posted to social media without their permission. A crew has also been assembled to safeguard the couple’s privacy and security.

Apart from the couple’s families, Bollywood superstars will also be present during the wedding. Everyone would have to adhere to the guideline of leaving their phones at home. Priyanka Chopra Jonas, as well as Nick Jonas, adopted a similar approach during their wedding ceremony in Rajasthan, when they required guests to hand up their phones in specific sections.

Deepika Padukone as well as Ranveer Singh had such a similar approach when they married in Lake Como in 2018.

Vicky and Katrina are maintaining all of the wedding preparations a secret as well as making plans behind their backs.

All that you must know about the Alien movie franchise

Who is Harrison Ford?