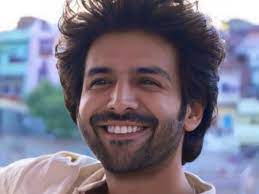 Kartik Aaryan took to social media to share a lovely close-up of himself, in which he can be seen grinning with true joy.

The success of Bhool Bhulaiyaa 2 has given Kartik Aaryan and Kiara Advani a boost. The horror-comedy has finally reached the Rs 100 crore club at the movie office, ringing in the cash registers. The actors have every reason to be ecstatic because the film has already surpassed the Rs 100 crore mark in less than ten days after its release. Kartik took to social media to post this beautiful close-up of himself, which he can be seen doing.

Flaunting his smile, Kartik Aaryan had a term for it as he captioned the photo, “100 crore wali smile BhoolBhulaiyaa2.”

We can only image how happy the actor is right now. Kartik Aaryan has even continued to promote the movie after it has been released. Kartik was in Kolkata this weekend, continuing his promotional tour.

Fans and friends reacted positively to his Instagram post. “Subtle caption,” said Huma Qureshi, as followers responded with fire and loving emojis in the comments section.

Kiara Advani, Kartik’s co-star, has been busy promoting JugJugg Jeeyo, but the actor has also been marketing Bhool Bhulaiyaa 2 around the country. The film, which also stars Tabu in a prominent part, has one of the most successful opening weekends in Hindi cinema history.

Kartik Aaryan is ready to wow his fans even more after Bhool Bhulaiyaa 2 with flicks like Shehzada, Captain India, Freddy, and Sajid Nadiadwala’s unnamed next.

‘But your sunlight is in Mumbai,’ Arjun Kapoor explains, as Alia Bhatt looks for it in new London PICS

Varun Dhawan does a dance with his father. On JugJugg Jeeyo’s song, David Dhawan challenges Others include Sara Ali Khan and others