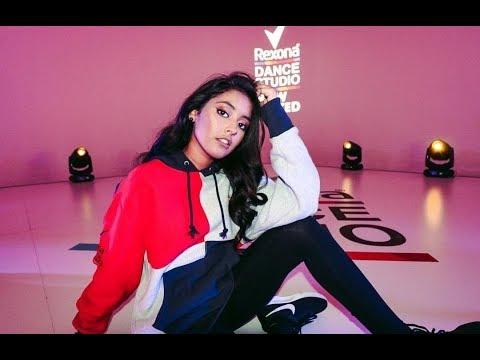 Shivani Paliwal who is the only Indian who is part of Now United the first global pop group took it to her to teach all of her teammates to dance to an Indian song.

The team took to social media to post the group shaking a leg to the popular song Aaj Sajeya from Saregama Music Label. The video showcases Shivani teaching the team how to dance. The first video shows Shivani teaching while the second one shows the team dancing to the tune.

The video instantly became viral and everyone has been praising Shivani and Now United for dancing to an Indian song. Talking about the same Shivani said, “It was really exciting to teach all the Now United members a little bit more about India’s culture and its dances. The experience I had with filming and teaching the choreo for the reel was great. Everyone had so much fun doing the dance and showing their interest in my culture. The thing I love most about Now United is they are always eager and enthusiast towards learning about each other’s countries and their culture”

“I always loved watching Shivani dance Indian dance!! It is so graceful and beautiful! Learning the dance was a little difficult for me because the Hand movements are so different and detailed but it was so much fun learning it and dancing it” said Sina from Germany.

This video proves that song and music have no barrier and Indian music is being loved by the world with more and more celebrities taking a liking to the songs and performing reels.

Now United is the first global pop group, formed in Los Angeles in 2017 by Idols creator Simon Fuller. The group consisted of 18 members, each representing a different country and nationality from around the world.

Neliima Azeem appreciates Mira Rajput for bringing the Rajput family together; she expresses her joy