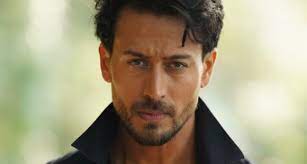 Tiger Shroff continues to wow audiences with his high-octane performances. He’s also managed to carve out a name for himself as an action star. The actor will next be seen in Heropanti 2, a sequel to his debut picture Heropanti, which was released in 2014. Tiger will reprise his role as Babloo, alongside Tara Sutaria from Student Of The Year 2 and Nawazuddin Siddiqui as the main adversary. The sequel to Heropanti will be released on April 29, 2022. The creators have now published a behind-the-scenes video of Tiger Shroff performing action sequences in the film, ahead of its release.

The video begins with the War actor executing high-flying stunts and revealing how difficult the action sequences were. Tiger said, “It wasn’t comfortable because I couldn’t breathe because of dust, stones, heat, and noise. It was very uncomfortable for me, plus I was in my suit which was shredded, it was very difficult but I think we got a great shot and it was very interesting. I have never done something like this before.”

When it comes to Heropanti 2, Ahmed Khan is the director. The film will compete with Ajay Devgn and Rakul Preet Singh’s Runway 34 at the box office. Apart from Heropanti 2, Tiger has a number of intriguing projects in the works. He’ll next be seen in Ganapath Part 1 with Kriti Sanon. Bade Miyan Chote Miyan, which he co-stars in with Akshay Kumar, is their first on-screen collaboration.

Malaika Arora speaks up about the vehicle accident she was involved in: Physically, I’m getting better