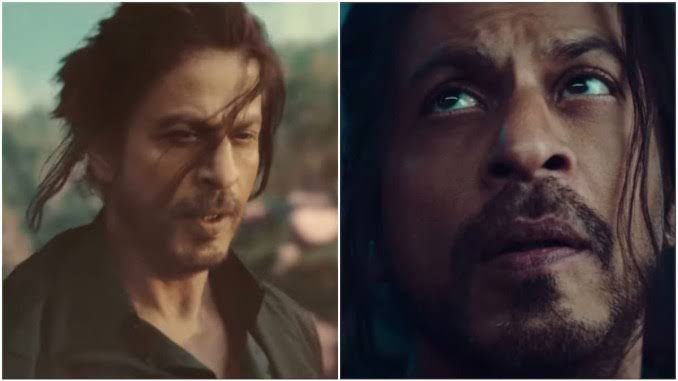 Netizens are delighted about Shah Rukh Khan and Atlee’s partnership after seeing the teaser for Jawan.

We haven’t seen Shah Rukh Khan on screen in over three years, since Aanand L Rai’s 2018 film Zero. SRK is about to control the business once again with two of his much-discussed projects, just as fans have been eagerly anticipating his return to the big screen. But the excitement doesn’t stop there. Jawan, King Khan’s third project, has been announced. Yes! Shah Rukh Khan has officially confirmed his partnership with legendary filmmaker Atlee for Jawan and given an intriguing trailer for the film.

The Jawan trailer, unsurprisingly, has gone viral on social media. After all, it features Shah Rukh in a never-before-seen role, and his appearance has caused a stir on social media. In fact, people are raving about SRK’s appearance in Jawan. On the microblogging service Twitter, a Twitter user wrote, “Oh My God literally giving goosebumps & heartbeats going haywire. After 4 years seeing you Shah Rukh for upcoming movie #Jawan teaser is a feeling. The #JawanTeaser is Bang On and you are killing it Shah Rukh with this look. Heartbeats & excitement levels are high @iamsrk”. Another Twitter user tweeted, “#jawan my fav hero @iamsrk with my fav music director @anirudhofficial and the mass director #Atlee @Atlee_dir !! Will put the box office on fire #shahrukhkhan #anirudh BGM WILL BE!! 3 films in a year 2023 will b SRK’s”.

Farhan Akhtar returns to writing; fans wonder if a script for Don 3 is in the works