Bollywood Society » Most comedic remarks and punchlines, according to Kiara Advani, are reserved for male actors: Definitely lets you down.
Bollywood

Most comedic remarks and punchlines, according to Kiara Advani, are reserved for male actors: Definitely lets you down. 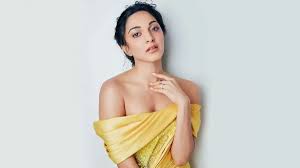 In her years in Bollywood, Kiara Advani has shown to be a talented performer. In 2014, she made her acting debut in the film Fugly. She has since acted in other films, demonstrating her acting talent to both audiences and critics. Kiara has worked in a variety of genres, including comedies, dramas, and romance. She is now anticipating the release of Bhool Bhulaiyaa 2, in which she will star with Kartik Aaryan. While promoting the horror-comedy helmed by Anees Bazmee, she has shared her thoughts on the roles that female performers are given in the comedy genre.

Kiara Advani told PTI that male performers get the majority of the laughs and punchlines in comedy. The actor agreed that comedies offer more opportunities for actors. “It’s very rare that a female protagonist adds a punch. I am still craving to do that. I’m part of these films, they all have had an interesting arc to the characters. But if I’ve to compare it to what your male protagonist is doing (in the film), then you just can’t compare,” Kiara said.

She further added that this happens because “unfortunately, sometimes that’s how (the script) is written.” She added, “It definitely does disappoint. Maybe now’s when you start speaking up and telling your director that you want more. Maybe now I will start doing that going forward.”

In Bhool Bhulaiyaa 2, Kiara will be seen with Kartik Aaryan, Tabu, Rajpal Yadav, and Sanjay Mishra, among others. The film is a follow-up to Priyadarshan’s horror-comedy Bhool Bhulaiyaa, which starred Akshay Kumar and Vidya Balan in 2007. The film will be released in theatres on May 20th.

Apart from that, Kiara Advani is set to star with Varun Dhawan, Neetu Kapoor, and Anil Kapoor in Raj A Mehta’s Jug Jugg Jeeyo. She also has Vicky Kaushal and Bhumi Pednekar in Govinda Naam Mera.

Also Read: Kartik Aaryan and Kiara Advani stop for a bite to eat while promoting Bhool Bhulaiyaa 2 in Ahmedabad