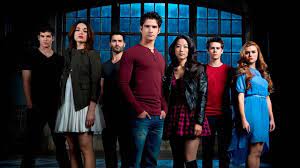 Tyler Posey and numerous other original cast members will reprise their roles in the resurrection feature of the fan-favorite series Teen Wolf, which was formally announced by Paramount+.

Tyler Posey, along with eleven other main cast members from the 2011 MTV series, is scheduled to reprise his role as Scott McCall in Paramount+’s planned movie sequel to the 2011 MTV series, according to Deadline. During a Viacom CBS Investors Event, Chris McCarthy, the streamer’s chief content officer of unscripted entertainment and adult animation, revealed the announcement.

The report states, “In Teen Wolf The Movie, from the series’ developer Jeff Davis, MTV Entertainment Studios and MGM’s Orion Television, a full moon rises in Beacon Hills, and with it a terrifying evil has emerged. The wolves are howling once again, calling for the return of banshees, were coyotes, hellhounds, kitsunes, and every other shapeshifter in the night. But only a werewolf-like Scott McCall (Tyler Posey), no longer a teenager yet still an alpha, can gather both new allies and reunite trusted friends to fight back against what could be the most powerful and deadliest enemy they’ve ever faced.”

However, series stars Dylan O’Brien, Arden Cho, and Tyler Hoechlin are apparently not connected to the project and so will not return for the resurrection feature, with Tyler Hoechlin’s situation being “in flux.” Arden Cho, one of four female series regular cast members who played the central group of young friends, was offered half the per-episode wage granted to her three male counterparts, prompting her to decline, according to the source.

Additional cast members will be confirmed, according to Paramount+. The future film’s release date has yet to be determined.