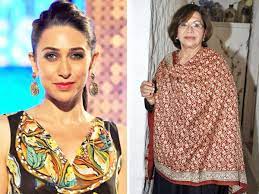 After the success of her first online series, ‘Mentalhood,’ Karisma Kapoor is returning with a new project. Karisma collaborated with Dino Morea, Tillotama Shome, Sanjay Suri, Shruti Seth, and Shilpa Shukla on Mentalhood. Karisma is collaborating with filmmaker Abhinay Deo this time. Her filming schedule is expected to begin in the second week of April. Plus, there’s more. Helen, an experienced actress, will also play a key part in the online series. After an almost ten-year absence, the iconic actress will make her return. Helen’s most recent film, Heroine, had Kareena Kapoor Khan in the main role.

According to the Times of India, the programme is ready to go on floors, and the production schedule is being finalised by the crew. The show was supposed to go on floors last year, but the Omicron virus outbreak put a stop to it. The shoot was then further delayed after Karisma Kapoor tested positive for COVID-19 and Abhiney’s father Ramesh Deo passed away. We can’t wait to see what this iconic web series has in store for us!

Meanwhile, on the personal front, Karisma Kapoor is always active on Instagram, where she shares her daily life updates, beautiful photos, and priceless moments with her loved ones. As a result, she has a sizable fan base that eagerly awaits Karisma’s updates. Karisma Kapoor recently returned from a Maldives family vacation with her sister Kareena and the kids. As the Kapoor family enjoyed their lovely holiday, the photos went viral.

Also Read: As she goes to a new location, Karisma Kapoor shares a tranquil photo

In the Hindi remake of Soorarai Pottru, would Akshay Kumar romance Radhika Madan?