Bollywood Society » Taz from Stereo Nation, a pop singer, died at the age of 54
Music 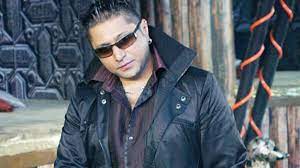 Fans of iconic 90’s singer Taz from Stereo Nation will be saddened to learn that he died on April 29th. Taz, a well-known musician, suffered a hernia and was scheduled for surgery two years ago, but it was postponed due to the coronavirus epidemic. His health deteriorated as the hernia progressed, and he was placed in a coma. Early in March, word of his failing condition surfaced.

Taz was pulled out of the coma later in March, which was a strong indicator of the singer’s development and gave everyone optimism. Taz’s family issued a message at the time, thanking everyone for their good wishes.

The news of his death has undoubtedly sent shockwaves throughout the globe. On social media, people have expressed their condolences.

Singer Jassi Sidhu tweeted,  “Just heard the heartbreaking news about @tazstereonation From my 1st ever tour alongside him in 1999 to now was always a gentleman Made pop bhangra that we all hear now decades ago & took it to the masses a pioneer Your legacy lives on in your music my brother Waheguru”

Navin Kundrra tweeted, “Shocked & saddened to hear @tazstereonation has passed away. He was a trailblazer who created a unique type of fusion and I loved his music! Thanks for the inspiration and the music Taz-it was a blessing to share the stage with you. You left us too soon Rest In Peace & Power.”

Tarsem Singh Saini, the singer’s true name, was previously known as Johnny Zee. Taz rose to prominence in 1989 with the release of his album ‘Hit The Deck.’ “Pyar Ho Gaya,” “Nachenge Saari Raat,” and “Gallan Gorian” are some of his most well-known songs.

Also Read: On the one-year anniversary of Rishi Kapoor’s death, Neetu Kapoor remembers him and says losing him was “difficult”

On the one-year anniversary of Rishi Kapoor’s death, Neetu Kapoor remembers him and says losing him was “difficult”