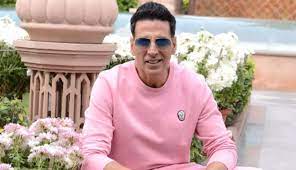 Following his appearance in Samrat Prithviiraj, Akshay Kumar is preparing for the release of Raksha Bandhan and has also started production on Capsule Gill.

No one can stop Akshay Kumar because he keeps making movies and running his company no matter what happens at the box office. The actor, most recently seen in Samrat Prithviiraj, is getting ready for Raksha Bandhan, which is scheduled to hit theatres in August 2022. While there is still time for that, Akshay will start shooting for Capsule Gill instead of taking a vacation.

Are you curious about Capsule Gill? Well, Akshay will play the lead role in the biopic, which is based on the life of chief mining engineer Jaswant Gill. Together with Rustom director Tinu Suresh Desai, Akshay Kumar will go to the UK to begin production on the movie.

The actual tale of Akshay Kumar, starring Jaswant Gill as the chief mining engineer, is based on Gill’s life, who oversaw the rescue effort that saved over 60 lives in 1989 when a Raniganj coal mine flooded. According to rumours, the actor would continue filming in the UK till the end of July before returning to India to promote Raksha Bandhan.

Parineeti Chopra, who played Akshay’s on-screen wife in Kesari, will appear with him in Capsule Gill. The actress and Akshay Kumar will start filming together sometime in September for the second session of the movie, which will take place in Raigarh and Raniganj in West Bengal.

Do you think Parineeti Chopra and Akshay Kumar make a decent on-screen couple? Tell us in the comments section below.

Also Read: Akshay Kumar shares another NEW poster with his onscreen sisters ahead of the Raksha Bandhan teaser