Bollywood Society » What Disney movies are coming out in 2022?
Movies

What Disney movies are coming out in 2022? 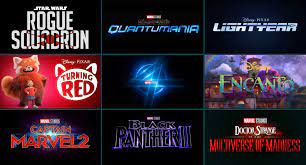 Although Disney’s new-movie plans for 2022 are still a bit hazy (it hasn’t even finalised dates for all of its 2021 films! ), the studio does have a basic concept of what its release schedule will look like like next year. Although the titles of a few of the films are still being finalised, we are already excited about the idea of all the new Disney movies arriving in 2022.

Chip ‘n Dale: Rescue Rangers, a live-action/animated hybrid, will become one of the spring releases, while Disenchanted, a sequel to 2007’s Enchanted, and The Jungle Book 2, a sequel to Jon Favreau’s live-action version of the animated classic, will be the other two. Finally, on November 23, a Disney animated film is expected.

Peter Pan & Wendy, which was meant to premiere on Disney+ in 2021, has been moved back to 2022, although it’s unclear whether it’ll be included in one of the aforementioned live-action slots or will be treated as a standalone streaming original. Tinker Bell will be played by Yara Shahidi, and Captain Hook will be played by Jude Law.

For the time being, these bits of information excite us, however we can’t wait to discover the names of all the future films — and whether any of them will be remakes of great classics — when they’re revealed. Keep an eye out!

What’s coming to Disney plus January 2022?