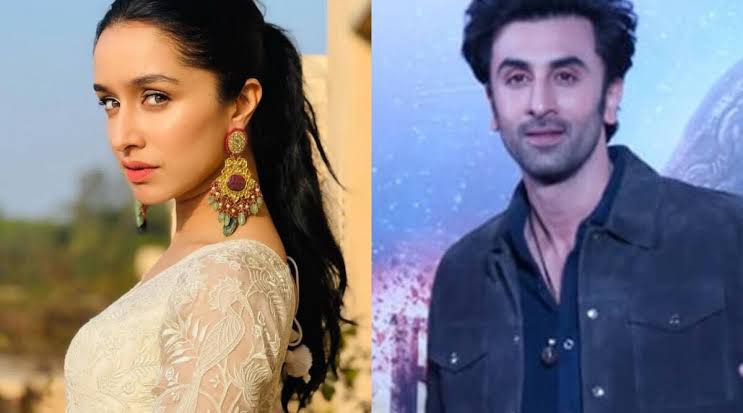 Since the announcement of Luv Ranjan’s film starring Ranbir Kapoor and Shraddha Kapoor, fans have been waiting impatiently to see this new Jodi on the big screen. The film is now being shot, and the performers have been spotted by the paparazzi on multiple occasions. However, today on the set of this film, a highly tumultuous situation occurred, resulting in the participation of the police. Several workers reportedly arrived on set and claimed that they had not been paid for their labour. This resulted in squabbles and mayhem.

Workers who had previously worked on a song for this film, which was shot in October 2021 in Mumbai’s Charkop region in Kandivali, entered the set and said that 350 people from their fraternity had not been paid to the tune of Rs 1 crore, 22 lakh, according to sources in ETimes. The police who arrived on the scene are claimed to have taken the workers to Aarey Police Station, where the unions hurried to get them released. According to a source close to the sets, Luv Ranjan’s film was still being shot after that. Luv Films had even issued a letter to FWICE and other unions in response to the non-payment allegation filed against them.

They stated in their statement that they are not accountable for any non-payments because they paid the appointed Production Designer, Dipankar Das Gupta, the essential fees.

On the other hand, Dipankar Das Gupta disclosed that he had outsourced the project to a business called Hyperlink, and that the names linked with this organisation were to blame. He revealed everything about the incident, saying, “You see, I had outsourced the project to a company called Hyperlink, from where two men, Jai Shankar and Gautam made an agreement with me. Much later, we came to know that those two had further outsourced it to a certain Prashant Vichare.”

Dipankar further continued, “Now, I have worked with Jaishankar and Gautam on many projects. They had even met Luv after coming on board. How would I dream that they will go on to outsource it further to someone else (Prashant Vichare)? And mind you, they hadn’t kept us in the loop. In fact, later I was told that they had gone over-budget by over Rs 1 crore. Is it possible that anybody would go over-budget by Rs 1 crore and not bring it to the notice of the people who are above him in that project? And by the way, no such kind of work was done that would require them to spend Rs 1 crore more than they were given. My bank accounts are open to reveal that there has been no hotch-potch from my side.”