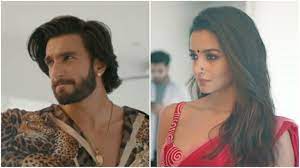 Alia Bhatt returned to the sets of Karan Johar’s Rocky Aur Rani Ki Prem Kahani only days after her wedding to Ranbir Kapoor. Alia was also seen at the airport on her way to the set of the film. Alia will appear with Ranveer Singh and senior performers such as Shabana Azmi, Dharmendra, and Jaya Bachchan in the film.

While we’ve already seen how the cast looks, we came upon some previously unpublished photographs on Thursday. Bengali actress Churni Ganguly, who also acts in the film, it turns out.

On Instagram, he shared a couple of never-before-seen photographs from the set of the movie. Churni may be seen alongside Alia, Ranveer, Karan, and Shabana Azmi in the photos.

Sharing the pictures, she wrote, “Simply elated to share the floor with legends like Dharmendra ji, Jaya Bachchan and Shabana Azmi, and of course, Alia Bhatt and Ranveer Singh, both exquisite actors and absolute sweethearts. #rockyaurranikipremkahani, directed by none other than the immensely warm @karanjohar, coming to you with much lovey-dovey aplomb, in 2023! #bollywood #dharma #karanjohar #aliabhatt #ranveersingh #dharmendra #jaya #shabana #actor.”

The film, which stars Ranveer Singh and Alia Bhatt in pivotal roles, has already begun shooting. The cast and crew have been filming in a variety of locations throughout the United States. While this would be Alia and Ranveer’s second collaboration following Gully Boy, Karan Johar is looking forward to it.

For the uninitiated, RRKPK marks Karan Johar’s return to the director’s chair.

Also Read: Ranveer Singh on the reception to the trailer for Jayeshbhai Jordaar: “I am extremely overjoyed with the reactions to it.”