Bollywood Society » Ranveer Singh on the reception to the trailer for Jayeshbhai Jordaar: “I am extremely overjoyed with the reactions to it.”
Movies

Ranveer Singh on the reception to the trailer for Jayeshbhai Jordaar: “I am extremely overjoyed with the reactions to it.” 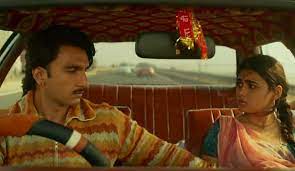 Ranveer Singh, Bollywood’s livewire sensation, is preparing for the premiere of his forthcoming flick ‘Jayeshbhai Jordaar.’ He is pleased with the positive reception to the film’s trailer, stating that “every component has been a bull’s eye.”

“I workshopped deeply with Divyang (Thakkar) to create a very unique and original character, to be in an avatar that I have not been seen in before – the expressions, the body language, the accent, the voice, the gait – just about everything. I am glad that people are appreciating and recognising that particular aspect of it. The reactions have actually exceeded my personal expectations which has left me surprised and I’m really, really happy about that.”

Ranveer Singh added: “Every aspect has been a bull’s eye. The appeal of the film, the world of the film, the humour of the film, the entertainment value of the film, the character of the film – everything has been recognised by the audience and they are appreciating and specifically commenting on all of these aspects and most of all, the reactions are – ‘Oh I can’t wait to see Ranveer in this never before seen avatar’, which I am thrilled about because this is one of the most special characters that I really, really want to share with people.”

The movie, helmed by Divyang Thakkar and produced by Maneesh Sharma, will be released on May 13, 2022, globally.

Also Read: THIS director told Ranveer Singh that he needed to act since he wasn’t Hrithik Roshan

Deepika Padukone is expected to attend the Met Gala 2022 alongside Louis Vuitton, as per reports