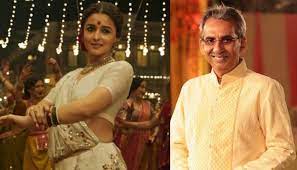 Gangubai Kathiawadi, directed by Sanjay Leela Bhansali and starring Alia Bhatt, will be released in theatres in a few days. While social media is buzzing over the film, it continues to face legal issues. This time, Maharashtra Congress MLA Amin Patel has petitioned the Bombay High Court to have the film’s name changed and some terms removed, claiming that it portrays Kamathipura as a red-light district and the Kathiawadi people in a negative light. On Wednesday, February 23, 2022, a hearing for the same will be held.

According to News18, the petition said, “If the movie is allowed to be released with the name Kamathipura, then it would cause harm and disrespect to the residents, especially women.”

Shradha Surve, a Kamathipura resident, filed a case with a division bench of Justices Gautam Patel as well as Madhav Jamdar on Tuesday, requesting an urgent hearing because the movie is set to release on February 25, 2022. Similarly, Congress MLA Amin Patel filed a plea before a division bench of Chief Justice Dipankar Datta and Justice M S Karnik, stating identical concerns. The petition asked the court to rename the region Mayapuri or Mayanagri, claiming that “not even 5% of the Kamathipura area is involved in prostitution.”

In April 2022, BTS will perform a four-night stadium residency in Vegas