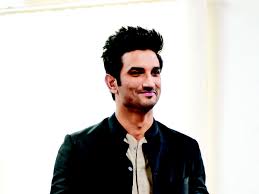 Sushant Singh Rajput, a Bollywood actor, died on June 14, 2020, in Mumbai. The Mumbai Police investigated the matter initially before handing it up to the CBI. The Mumbai Police Department first decided that he committed suicide. The cause of death was determined as hypoxia due to hanging inside a preliminary post-mortem at Cooper Hospital.

There were claims that now the actor’s death as well as that of his former assistant Disha Salian, who died on June 8 of last year, were related and also that the two were killed. On July 25, the actor’s father, KK Singh, filed a complaint with the Patna police, identifying Rhea Chakraborty, her family, and domestic workers who worked at Rajput’s home.

He further accused Rhea of stealing crores from the actor’s bank account inside the FIR. None of these allegations has ever been substantiated. Since last year, 35 persons have indeed been detained in connection with the investigation.

The Supreme Court ordered the CBI to look into Sushant’s killing and requested the state to help with the investigation. “When truth meets sunshine, justice will not prevail upon that living alone,” Justice Hrishikesh Roy stated, “however after Life’s fitful fever, now that the gone would also sleep sweetly.” “Satyameva Jayate,” says the narrator.

On social media, Sushant Singh Rajput family, fans, as well as friends expressed their relief, as they had been asking for a CBI investigation into the situation.

“The entire world has persistently pushed for CBI Enquiry and now it is the role of CBI to keep our trust in them,” Sushant Singh Rajput sister Shweta said on Twitter. “We have complete faith that CBI will also most surely get the truth out now and justice will indeed be given.”

Rhea as well as her family were questioned by the CBI. Chats between Rhea and her brother and a drug dealer were uncovered, and the NCB was notified. The NCB initiated an inquiry into Bollywood’s alleged “drug network” as a result of this.