Bollywood Society » Tom Holland: All you must know about this Spider-man Star
Featured

Tom Holland: All you must know about this Spider-man Star 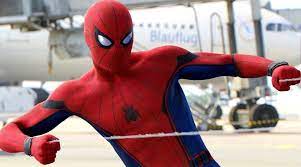 Tom Holland is indeed a British actor who has appeared in a number of films. He began acting upon this London stage inside the title role of Billy Elliot the Musical on the West End theatre from 2008 to 2010. He graduated from the BRIT School for Performing Arts and Technology in London. He subsequently went on to feature in The Impossible (2012), about which he won the London Film Critics Circle Award for Young British Performer of the Year.

Holland rose to international prominence as Spider-Man in the Marvel Cinematic Universe, which began with Captain America: Civil War (2016). Holland was the second-youngest recipient of the BAFTA Rising Star Award in 2017, there at age of 20. Thomas Stanley Holland was born on June 1, 1996, in Kingston upon Thames, England, to photographer Nicola Holland and comedian and novelist Dominic Holland.

He is the eldest of three brothers. His paternal grandmother came from the Irish county of Tipperary.

Holland attended Donhead, a Roman Catholic preparatory school in Wimbledon, South West London, through December 2012, and afterwards Wimbledon College, a voluntary aided Jesuit Roman Catholic comprehensive school. He was teased at school because he was a dancer. He went to the BRIT School for Performing Arts and Technology in Croydon following Wimbledon College. Holland temporarily studied carpentry school in Cardiff, Wales, throughout his late teens, during a pause in his profession.

Holland started dancing inside a hip hop lesson at Wimbledon’s Nifty Feet Dance School. He was discovered by choreographer Lynne Page, an assistant of Peter Darling, choreographer of Billy Elliot and Billy Elliot the Musical, while dancing alongside his school group there at the 2006 Richmond Dance Festival.

Holland makes his West End breakthrough on June 28, 2008, in Billy Elliot the Musical as Michael Caffrey, Billy’s best friend, following eight auditions as well as two years of preparation. On September 8, 2008, he made his debut performance within title character, which received favourable reviews. Holland began his gymnastics training while acting in the show.

Holland made his first television interview in September 2008, on channel FIVE’s news show. Upon that 31st of January, he appeared on the ITV1 show The Feel Good Factor, where he performed “Angry Dance” from Billy Elliot the Musical with Pflueger and Layton Williams, two additional performers playing the lead character, and was interviewed by host Myleene Klass. He choreographed a dance number for five British schoolboys for the finale of The Feel Good Factor on March 28, 2009.