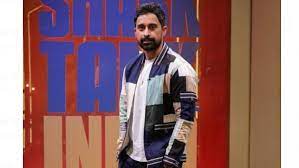 Sony Entertainment Television delivers the first season of the world recognised business reality show Shark Tank to India, ready to convert entrepreneurial aspirations into reality. This groundbreaking show, which premieres on December 20th, will just let aspiring entrepreneurs pitch their company ideas to seasoned investors as well as business professionals known as The Sharks. All it takes to impress the Sharks is indeed a flawless pitch. With the introduction of The Sharks, the highly anticipated programme has already piqued the audience’s interest. To add to the excitement, Sony Entertainment Television has cast Rannvijay Singha, a handsome actor as well as a famous youth hero, as the show’s presenter.

‘The Sharks’ would play an important part in the development of India’s entrepreneurial environment, and host Rannvijay will serve as a guide again for the audience. He’ll go through the format of this groundbreaking notion.

He would also be a confidant to the pitchers so that he will put them at ease while simultaneously documenting their pre-and post-pitching experiences in the Sharks Den.

Rannvijay Singha expressed his delight at presenting Shark Tank India, saying, “For me, the most exhilarating experience is just being a member of a groundbreaking show like Shark Tank India. For many years, I’ve been a die-hard fan of the global version of Shark Tank, and I’ve always liked watching it with my family. I’ve long thought that bringing a show like Shark Tank to India will aid so many budding entrepreneurs. I’m thrilled that this programme has finally found its way to India, thanks to Sony Entertainment Television, and that I’ll be hosting India’s very first episode of Shark Tank; it’s an incredible feeling “.

He went on to say regarding the show’s idea, “Shark Tank is a fantastic show because it helps people realise their ambitions. While the entrepreneur develops a company concept, the programme and the Sharks offer advice on how to start, grow, and operate the business. As host, I will introduce the show’s framework, demystify the business transaction process for the viewers, talk with the pitchers about their business ideas, emphasise the Sharks’ expectations, and more. I’m incredibly excited to take the audience on this one-of-a-kind adventure with Shark Tank India.”

Shark Tank India is co-presented by upGrad and Flipkart. Shark Tank India, created by Studio NEXT, would launch on Sony Entertainment Television on December 20th and will air Monday through Friday.

Brahmastra, starring Ranbir Kapoor and Alia Bhatt, is about to hit theatres