Bollywood Society » Which songs are best to listen to for BTS 7 year anniversary?
BTS 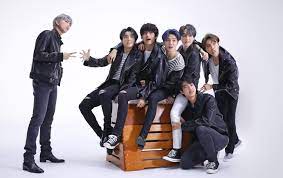 It’s been seven years. There are seven boys in all. There are so many memories. BTS is celebrating their seventh year in the industry, and also what best option to commemorate the occasion than by compiling a series of lists of seven – seven career-defining moments, seven songs, so all of these seven broad sentences would make your high school English teacher giddy with the all the alliteration. To be honest, compiling this list was difficult and emotional, especially when considering all BTS has accomplished over the years.

How can you choose only seven instances to highlight from BTS’s incredible career? (especially when 2018 alone could make up this list). After considerable deliberation and also with the assistance of several ARMY pals, we’ve come up with seven career-defining events for BTS.

The Most Beautiful Moment in Life Pt. 2 debuted at No. 171 on the Billboard 200 in 2015, making this the first BTS album to chart. This is merely the beginning with BTS in terms of charting, as its albums have steadily climbed the charts since HYYH. Map of The Soul: 7 recently broke the record for the most pre-ordered South Korean albums ever made (nearly 4.02 million) and debuted at No. 1 in the country.

Few things will compare to watching BTS react as they learn they won Best Album of the Year with the 2016 Melon Music Awards. Despite RM’s shocked expression, the zoom in on Jin crying, and V’s mouthing “It’s us?”

The lads’ genuine surprise when they learned they have won adds to the value of this first Daesang recollection.

The Wings Tour was BTS’s second international tour, and it showcased what the group had in store for the rest of the globe. The tour sold out in minutes, causing many cities to add second dates, which were also sold out, not only in South Korea but in the US and South America too. BTS’ Wings Tour began in January 2017, and less than a year later, they were performing not only in these areas, but also in stadiums – they were the first Korean act to sell out Citifield, and later, other venues such as Metlife and Wembly.