Bollywood Society » When Kiara Advani talked about her tough times, she said: My debut film was guided by Akshay Kumar
Bollywood

When Kiara Advani talked about her tough times, she said: My debut film was guided by Akshay Kumar 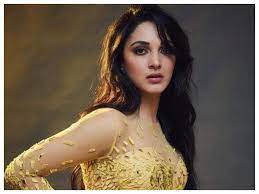 Kiara Advani is gearing up for her next release, ‘JugJugg Jeeyo,’ after the success of her recently released horror comedy ‘Bhool Bhulaiyaa 2’. Anees Bazmee directs Bhool Bhulaiyaa 2, which stars Kiara Advani, Kartik Aaryan, Tabu, and Rajpal Yadav. The film was co-produced by Bhushan Kumar and Krishan Kumar under T-Series Films and Murad Khetani and Anjum Khetani under Cine1 Studios. It was written by Aakash Kaushik and Farhad Samji.

Meanwhile, since we’re away from the movies, let’s reminisce about Kiara’s early days in Bollywood. The actress spoke out about her challenges and low point in her career in a flashback interview with Pinkvilla. She expressed her frustrations by saying, “A lot of people think Dhoni was my first film but it was Fugly that came a year before Dhoni. That was the lowest point in my career where I thought, ‘Will I even get a second chance? What will happen to my career? Will I get another opportunity?’ I know people think that I know Salman sir and so and so, it must be easy. It wasn’t.”

She had also revealed, ‘’I knew Salman but nothing came easy for me and that it was Akshay Kumar had mentored me for my debut film Fuggly,’’ which the superstar had produced.

In the 2014 Bollywood film Fugly, Kiara Advani makes her acting debut. Despite the failure of the film at the box office, Kiara made a comeback in Bollywood with Neeraj Pandey’s M.S. Dhoni: The Untold Story, in which she co-starred with Sushant Singh Rajput. The actress, on the other hand, never looked back after that and went on to star in films such as Kabir Singh, Good Newwz, and Shershaah, among others.