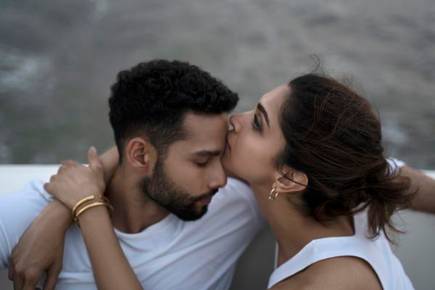 Fans have been raving over Gehraiyaan’s trailer ever since it was published. Everything has been generating a lot of buzzes, whether it’s Siddhant Chaturvedi and Deepika Padukone’s hot chemistry or Ananya Panday’s beauty. The character of Zain in the film, played by the beautiful hunk Siddhant Chaturvedi, was not easy to achieve. To develop the character, a lot of trial and error, as well as a lot of hard work, was required. The actor has all he needed to put himself in the shoes of the character, from composing notes to unravelling his romantic path.

“I started by penning notes in a journal as Zain, and that most of them were rejected by Shakun,” Siddhant told a prominent newspaper about his preparation for the role of Zain. That’s when I realised I’d been raised on a diet of Bollywood romance comedies. “I was conditioned to perceive romance in a specific manner,” the actor says as if he’s preparing to give romance a new face on film. Furthermore, it is vital to comprehend and depict the persona that exists in the director’s thoughts. A character is created first in the director’s vision, and when it is lived and nourished by the actor. Siddhant was given a new personality by the director, who pushed him past his limits.

“Shakun made me look past all the glitz and glam, showing me a mirror that was so personal, intimate, and nuanced,” he continues. Siddhant portraying a new sort of relationship in cinema would be thrilling. Gehraiyaan is an upcoming love movie directed that will be released on Amazon Prime Videos on February 11, 2022. Deepika Padukone, Siddhant Chaturvedi, Ananya Panday, and Dhairya Karwa star in the film, which is directed by Shakun Batra.

Congrats, A newborn boy has been born to Yuvraj Singh and Hazel Keech