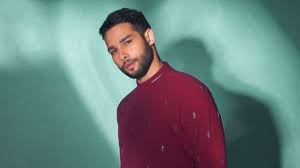 Siddhant Chaturvedi’s performance as affable rapper MC Sher in Zoya Akhtar’s Gully Boy made him an instant fan. And so now, the actor appears to have been fulfilling his Bollywood aspirations towards the fullest, with such a slate of flicks to look out for. Siddhant Chaturvedi will shortly be featured in Varun Sharma’s Bunty Aur Babli 2 as a conman opposite Saif Ali Khan, Rani Mukerji, and Sharvari. The audience is looking forward to seeing Siddhant in such a variety of roles as a conman within Yash Raj Films movie. But did you realise that now the actor has a far older relationship with YRF studios?

Siddhant Chaturvedi went on to say, “No matter how much my friends asked me to go in, I never went in because I had this dream to be invited inside by Aditya Chopra sir. Even though it seemed like a far-fetched dream that time, I had decided that it was the only way I was going to go in there if I ever did. And when Bunty Aur Babli 2 happened, it became one of the most special films for me because it made my dream come true.”

Bunty Aur Babli 2 is set to hit theatres on November 19.

Siddhant Chaturvedi came to Instagram last year and uploaded a ‘Flashback to Dreams’ with his followers upon that photo-blogging site. The young actor may be seen sipping tea at a stand in the photo uploaded by Siddhant. He had written, “Flashback to Dreams. Couple of years back, at a Tapri outside Yashraj, sipping on a cutting with. Dreams and Chai brewing around. To my friend- “Please take a picture, I’ll post it when I do a @yrf film.” Tapri se Yrf Cafeteria tak. #MyNotes | | #buntyaurbabli2 @buntyaurbabli2”.

Aside from Bunty Aur Babli 2, Siddhant is working on an unnamed movie with Shakun Batra, Deepika Padukone, as well as Ananya Panday. He’ll also be featured in Zoya Akhtar’s Kho Gaye Hum Kahan, where he’ll be seen alongside Adarsh Gourav and Ananya. Aside from that, Siddhant has Phone Bhoot, in which he co-stars with Katrina Kaif as well as Ishaan Khatter, and Yudhra, an action thriller.

Also Read: Badal: All you should know about this Bollywood’s action movie