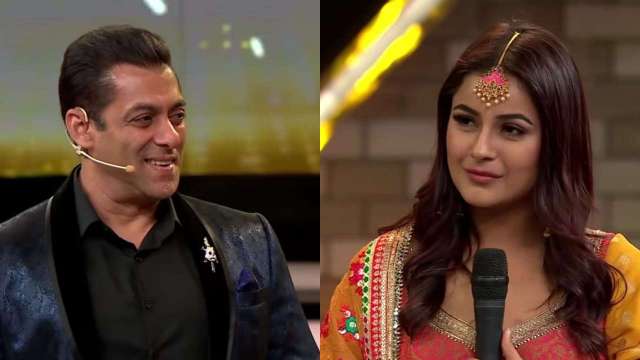 Salman Khan is among Bollywood’s most popular actors. That was Eid yesterday, and everyone, even our Bollywood superstars, enjoyed it with fervour and joy. Salman, as he does every year, had a massive Eid feast this year. This time, though, it was hosted at the home of his sister and brother-in-law, Arpita Khan and Ayush Sharma. The celebration drew a who’s who of Bollywood, and we also have to say, it was a star-studded occasion. The friendship between Shehnaaz Gill as well as the Bajrangi Bhaijaan actor, however, was the focus of everyone’s attention.

Shehnaaz Gill and Salman Khan may be seen twinning in black in the video. Both of them posed for the cameras, with the Bajrangi Bhaijaan actor holding Shehnaaz tight. Shehnaaz hugged Salman as he walked out to drop her off, and the former Bigg Boss competitor kissed him on the cheeks before pulling it. Netizens were so ecstatic to see their friendship that they couldn’t stop praising SalNaz. ‘Beautiful purest link,’ one fan said. ‘SalNaaz the greater tie of compassion n respect,’ commented another.

However, on the professional front, Salman Khan is working on a number of fascinating projects. He will star with Katrina Kaif and Emraan Hashmi in the much Tiger 3 film. Inside the film, Salman and Katrina will reprise their roles as Tiger and Zoya, respectively, while Emraan will play the main adversary. Salman Khan, on the other hand, will appear in Sajid Nadiadwala’s forthcoming film Kabhi Eid Kabhi Diwali, which again will allegedly also include Shehnaaz Gill and Aayush Sharma.

Subhash Ghai has finished scripting the script for his forthcoming film: Salakhe