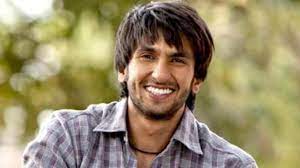 For his portrayal as Bittoo Sharma of ‘Band Baaja Baaraat’ on ‘The Kapil Sharma Show,’ Bollywood star Ranveer Singh described how he would stroll about Delhi University to imbibe the culture of Delhi.

The actor, who will next be seen in the comedy-drama ‘Jayeshbhai Jordaar,’ arrived on set with his co-star Shalini Pandey to promote the film.

Ranveer said: “I gave the audition for ‘Band Baaja Baaraat,’ and I was told that the role is of a 21-year-old boy from Delhi. So, I worked on my accent by watching all the Delhi based films that were being made during that time, such as Dibakar Banerjee’s ‘Oye Lucky Lucky Oye’. Aditya (Chopra) sir couldn’t believe it when everyone told him that I was born and raised in Mumbai.”

“So, in essence, I was able to convince him in the audition round. Then, to absorb Delhi’s culture, Maneesh Sharma (Director) suggested I join them for the location recce, where my task was to do people’s recce. He told me to absorb the culture, as that would help me understand the character better,” he added.

The actor also spoke about his film ‘Jayeshbhai Jordaar’: “The unique thing about the script was that I had never heard of such a story before. When I narrated the film, I was crying and laughing at the same time. To induce such a feeling, that’s a rare film. Even though he is a first-time director, it is also for the first time in my life, that I said ‘yes’ to a script on the spot! I said, ‘I have to do this film!'”

Also Read: The CBFC has given Jayeshbhai Jordaar, a film starring Ranveer Singh, a U/A certificate with no edits

On a Monday morning, Katrina Kaif and Vicky Kaushal delight their fans with new pictures