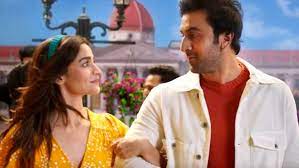 Since the news of Ranbir Kapoor and Alia Bhatt’s wedding broke on the internet, all eyes have been on them. According to reports, the two will tie the knot between April 13 and April 17. The two are said to have taken time off from their respective hectic schedules to be entirely free. Ranbir and Alia have reportedly decided against having a destination wedding and will instead marry at the RK House in Chembur. Several celebrations, such as Alia’s bachelorette party and Ranbir’s bachelor party, will take place before to the wedding.

Continue scrolling if you’re curious about who will be involved in different functions.

Ayan Mukerji – There’s no question that Ayan will be at Ranbir’s side at all of the events. After all, he is the actor’s best friend, and the two have collaborated on several fantastic films. In reality, according to reports, Ranbir and Alia met on the set of Ayan’s film Brahmastra.

Arjun Kapoor – Ranbir and Arjun have a strong friendship, thus he will be present at the bachelor party of the Sanju star.

Aditya Roy Kapur — Aditya and his Yeh Jawani Hai Deewani co-star have a good bond. As a result, he would also be present at the celebration.

Reportedly, “The actor is planning a bachelor’s party at his place. It will be attended by his close buddies from the world of showbiz and his childhood friends. This is Ranbir’s way of throwing an impromptu bachelor’s party,” the source said.

Ranjan, Akanksha – It’s no secret that Akanksha is Alia’s childhood bestie, and the two are frequently spotted hanging out together. It goes without saying that she must be there during the wedding.

Anushka Ranjan, Akanksha’s sister, is also close to Alia and will be there during her wedding, just as Alia has always been.

A source close to India Today revealed, “Akansha and Anushka have been friends with Alia for the longest time. They are planning a special party for the actress ahead of her wedding to Ranbir. The party will most likely take place at Anushka’s place. And the guest list includes Alia’s childhood friends as well.”