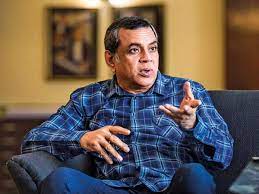 Paresh Rawal is regarded as one of the greatest performers of his generation. Fans adore him and look forward to seeing him on the big screen. Whether it’s his comedic timing or his dark undertones, the experienced actor has always gotten into character and delivered outstanding performances. Although most of his films have done well at the box office and are remembered by fans, Andaz Apna Apna and Hera Pheri are regarded cult classics. Paresh discussed working on the sequels to both films in a recent interview.

In a recent interview with ETimes, Paresh Rawal was asked if any of the iconic films, such as Andaz Apna Apna or Hera Pheri, would he be up for sequels and how delighted he would be. In response, the veteran actor stated that none of his roles thrill him anymore until they are set in a fresh setting. He mentioned that Munna Bhai MBBS and Lage Raho Munna Bhai are an excellent example of a sequel. This, according to the actor, is how a sequel should be. “If I have to do the same thing again, usi prakar ki dhoti pehenke, chashme lagake chalna hai… except for money, of course, I will charge a bomb! So apart from money, there will be no joy for me,” said the actor.

Furthermore, Paresh Rawal stated that the script must be strong, and that releasing a sequel to Hera Pheri after so many years with the same old humour will not be successful. “It should evolve and only then I will be excited about it. Otherwise, wahi chabaya hua niwala firse chabana hai, it will not give that excitement to me,” said the actor.

Also Read: Working in Sharmaji Namkeen was both demanding and soothing for Paresh Rawal