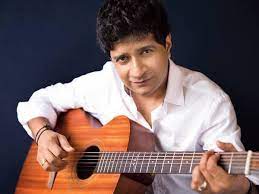 Vishal Bhardwaj recalls KK and recalls their first break with Maachis. Vishal Bhardwaj, a filmmaker, expressed his sorrow at KK’s death on Wednesday by writing a heartfelt post on Twitter, recalling the renowned singer as his younger brother. Vishal referred to KK as his ‘chhota bhaiyya (little brother),’ recalling how the two met while working on Gulzar’s ‘Maachis.’ On Tuesday evening, KK died immediately after singing at Nazrul Mancha in Kolkata for Gurudas College’s fest, provoking a flood of tributes and condolences on social media.

The West Bengal government honoured KK with a gun salute in Kolkata on Wednesday. The late singer’s remains was held at Rabindra Sadan for some time, and Chief Minister Mamata Banerjee, who oversaw the ceremonies, paid floral tributes to him.

After singing at Nazrul Mancha for Gurudas College’s fest, the 53-year-old musician allegedly became sick and retreated to his hotel. He was transported to the hospital as his condition worsened, and physicians proclaimed him dead upon arrival. Kolkata Police opened an investigation on the causes of death on June 1, 2022.

Also Read: Masaba Gupta’s performance in Modern Love Mumbai is praised by Malaika Arora, who says, “You are killing it woman.”