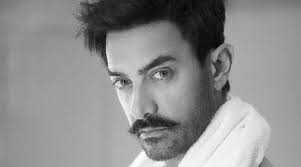 Krishnakumar Kunnath, better known by his stage name KK, died on May 31 in Kolkata at the age of 53.

Singer Krishnakumar Kunnath, better known as KK, died on May 31st after singing at the Nazrul Mancha auditorium in South Kolkata during a college fest. After falling unwell, the 53-year-old musician was transported to CMRI hospital in Kolkata, where doctors proclaimed him dead shortly after. KK’s untimely death stunned everyone, particularly his colleagues in the entertainment and music industries.

KK’s post-mortem was performed at SSKM Hospital earlier today. The West Bengal government then presented KK with a gun salute at Rabindra Sadan in Kolkata, which was attended by Chief Minister Mamata Banerjee and members of his family. According to reports, the popular singer’s lifeless remains will be flown to Mumbai and his burial would take place on June 2. His wife and two children are the only survivors of the musician.

Also Read: Naga Chaitanya claims that Aamir Khan taught him more in 45 days than he learned in 12 years