Bollywood Society » Malaika Arora admits to Arhaan that she is a strict mother, balancing her roles as a parent and a friend
Bollywood

Malaika Arora admits to Arhaan that she is a strict mother, balancing her roles as a parent and a friend 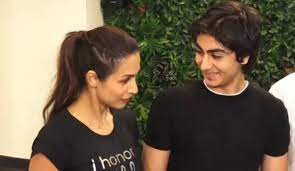 Malaika Arora is one of Bollywood’s most well-known actresses. Whether on social media or in interviews, the actress is never afraid to speak her opinions. The diva is constantly out there, whether it’s freely discussing her relationship with Arjun Kapoor, who is younger than her, or openly discussing her closeness with her kid. Malaika discussed the sort of mother she is and what the previous two years have revealed about her in a recent interview with Grazia.

Malaika Arora’s son Arhaan will turn 20 this year, and when asked to characterise her mother, the diva said she is a strict mother rather than a helicopter mom. She discusses how she manages to strike a balance between being a parent and a friend. Arhaan understands he can talk to his mother about anything at any moment, according to Malaika. Children, she believes, require assurance that they have a non-intrusive support system. “So I am fun, chilled out, and don’t monitor his every move, but he knows that I mean business”.

Malaika was asked what she learned about herself throughout the previous two years, when everyone was dealing with the epidemic. She said that she enjoys being alone without any distractions. She explained, “Time spent with oneself is crucial for self-development and self-growth, and I value my time more than ever before. The pandemic also solidified my understanding of how essential it is to reach out to people. We sometimes get consumed in our own lives and pursuits and take people for granted, but connections matter and require effort to nurture and cultivate. If it’s important to you, you must give it your time and attention.”

In the meantime, Malaika has been in the news for her relationship with Arjun Kapoor. Malaika pointed out the’misogynist mentality’ to females dating younger guys in her interview with HELLO! India.  “It’s very important for women to have a life after a breakup or a divorce. There’s a misogynist approach to female relationships. It’s often considered a sacrilege for a woman to date a younger man,” she added.

Also Read: Malaika Arora speaks up about the vehicle accident she was involved in: Physically, I’m getting better