Bollywood Society » Kiara Advani recounts her difficult times: I got signed by Karan Johar when I was a nobody
Bollywood 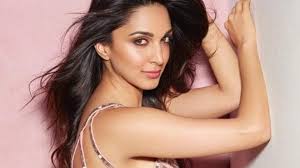 Kiara Advani is one of the most promising young actresses in Hollywood. In 2014, she made her acting debut in the film Fugly. She has since acted in other films, demonstrating her acting talent to both audiences and critics. She is now anticipating the release of Bhool Bhulaiyaa 2, in which she will star with Kartik Aaryan and Tabu.

Kiara’s journey has not always been easy, as she experienced several challenges in her early years. In a recent interview with Film Companion, she talked about how designers turned her down for their clothing and how Manish Malhotra saved her. She also revealed a tale about filmmaker Karan Johar signing her when she was a nobody in the industry.

Kiara Advani stated when asked what kept her going, “You have to… You can’t take everything too personally as at the end of the day, this is business…Today, I understand where these people would have come from…” She also talked about the clothing brands and that they want to be exclusive and sometimes don’t want to give it to everyone. “I feel like Manish is one of these people who never looked at it like that,” she added.

She also praised filmmaker Karan Johar, saying that while nepotism is reviled, he adopted her when she was a nobody. She also revealed how her talent agency, which was close to Karan, never recommended her to the director. “It took a random party after which he called me the next day and said that he wants to take me in his film,” she added. Kiara further said that there must be nepotism but successful people never approached me when I became successful. “That’s why I have so much regard for them,” Kiara Advani concluded.

Also Read: Most comedic remarks and punchlines, according to Kiara Advani, are reserved for male actors: Definitely lets you down.