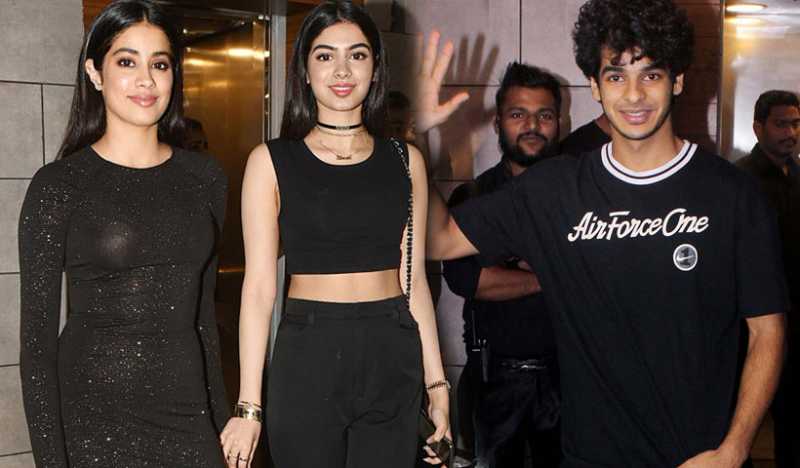 Celebrities in Bollywood do not have an easy life since they are constantly scrutinised by the media and must maintain a high level of fashion. Ananya Panday, Ishaan Khatter, and Janhvi Kapoor recently made news when they were seen on various occasions and each of them turned heads with their fashion sense. Janhvi and Ananya were photographed in the city at various locations, while Ishaan was photographed at the airport upon his return from New York City.

Janhvi Kapoor, on the other hand, made a statement in a white ensemble, wearing a bustier top with white slacks and shoes. Her tresses were left free, and she was dishing out huge summer fashion aspirations. Ananya, on the other hand, was seen wearing a black cropped top and leggings while posing for the photographers. Ishaan, on the other hand, stood out in a white t-shirt with a multi-coloured jacket and jeans. He walked out of the airport holding a backpack and listening to music through his headphones. As he walked to his car, the Dhadak star gave the paparazzi a thumbs-up sign.

However, Janhvi Kapoor is now collaborating with Varun Dhawan in Nitesh Tiwari’s directorial debut Bawaal. Ananya, on the other hand, is excited for the release of Puri Jagganadh’s much-anticipated pan-India film Liger, which stars Vijay Deverakonda. The film is set to hit theatres on August 25th of this year. Ishaan Khatter has a number of fascinating films in the works, including Pippa as well as Phone Bhoot, both starring Katrina Kaif and Siddhant Chaturvedi.

Also Read: Janhvi Kapoor is a sight to behold as she poses for a photoshoot inside a black strappy dress