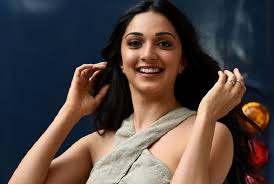 Advani began acting in Kabir Sadanand’s comedy-drama Fugly (2014), wherein she appeared with Mohit Marwah, Arfi Lamba, Vijender Singh, and Jimmy Shergill as part of an ensemble cast. “Kiara Advani catches you completely unprepared” and also has the “combination of beauty and skill,” according to Taran Adarsh of Bollywood Hungama, while Mehul S Thakkar of Deccan Chronicle praised her performance as “quite stunning” and stated she “shows a lot of promise.” It turned out to be a commercial flop.

Advani’s next movie role had been in the biographical sports drama M.S. Dhoni: The Untold Story (2016), directed by Neeraj Pandey and based on the life of MS Dhoni, an Indian cricketer and former captain of the Indian cricket team. Dhoni was played by Sushant Singh Rajput, as well as his love interests were played by Advani and Disha Patani. Both main actresses had just “minor parts,” according to Filmfare’s Rachit Gupta. M.S. Dhoni: The Untold Story was among the highest-grossing Bollywood movies of that year, collecting over 2.16 billion (US$30 million) in international ticket sales. The subsequent year, Advani starred with debutant Mustafa Burmawalla inside the action romantic thriller Machine (2017), directed by the Abbas–Mustan pair.

Advani started 2018 by starring inside the Netflix anthology series Lust Stories, which consists of four pieces on female sexuality. She plays a recently married lady whose spouse (Vicky Kaushal) fails to acknowledge her sexual discontent in Karan Johar’s episode.

Does Hrithik Roshan and Tiger Shroff have a dislike for each other?