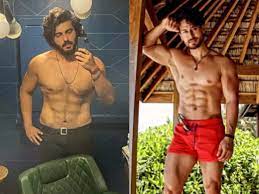 Arjun Kapoor surprised his followers lately when he released before-and-after images of his 15-month fitness transformation. The Ishaqzaade actor also claimed that he is motivated by his job and his viewers. Arjun Kapoor stated that he wishes to reclaim his audience’s affection and respect. “For me, the audience is sacrosanct. I didn’t do it for any other reason,” said the Half Girlfriend actor in an interview with Hindustan Times.

Arjun Kapoor also stated that he would have lost weight before to his debut in the profession. “Before I started, I lost around 50 kgs. I was in my 20s then, I went from 143 kgs down to 93 kgs. But 10 years later, my body has changed. I have had injuries, health issues, workload, etc. But it’s not that I’m not mentally capable. It might take me longer physically to do it, which is why it has taken me 15 months to get into shape,” said the actor.

However, Arjun Kapoor has a number of intriguing films in the works. He is currently filming The Lady Killer in Manali with Bhumi Pednekar. This is the very first time the two stars have worked together. Bhushan Kumar, Krishan Kumar, and Shaailesh R Singh produced the film, which is helmed by Ajay Bahl. Aside from that, he has Disha Patani, John Abraham, and Tara Sutaria in Ek Villain Returns. It will be released in theatres on July 29, 2022. Arjun Kapoor will next be seen in the film Kuttey, helmed by Aasmaan Bhardwaj and starring Tabu, Naseeruddin Shah, and Radhika Madan.