Bollywood Society » A few hours back, Salman took to his Twitter space and shared a post remembering the legendary late singer KK
Bollywood

A few hours back, Salman took to his Twitter space and shared a post remembering the legendary late singer KK 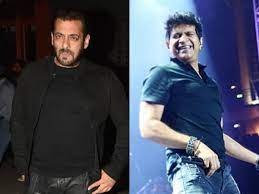 Fans, admirers, and many celebrities voiced their shock and sadness shortly after the news of his death broke on social media. Salman Khan has now also expressed his sympathies to the late singer’s family.

Salman posted a tribute to the great late singer KK on his Twitter account a few hours ago. According to the Tiger 3 actor, “Deepest condolences to his family. You will forever be remembered in your music. #RIPKK” Many fans reacted to and retweeted Salman’s post on the micro-blogging site.

In a recent social media post, Salman Khan paid tribute to the late artist KK. The death of Krishnakumar Kunnath, often known as KK, came as a shock to the whole country. He died in Kolkata yesterday, May 31st, after having a heart attack. He was in town for his live performances. After his act at Nazrul Mancha last night, KK became ill and retreated to his hotel, where his condition worsened. He was transported to CMRI hospital, where he was pronounced dead shortly after arriving.

His children Tamara and Nakul, as well as his wife Jyothy, survive him. His last rituals will take conducted in Mumbai today, June 2nd.

Also Read: Salman Khan was photographed at the airport on his way to Abu Dhabi with a sleek black jacket and pants